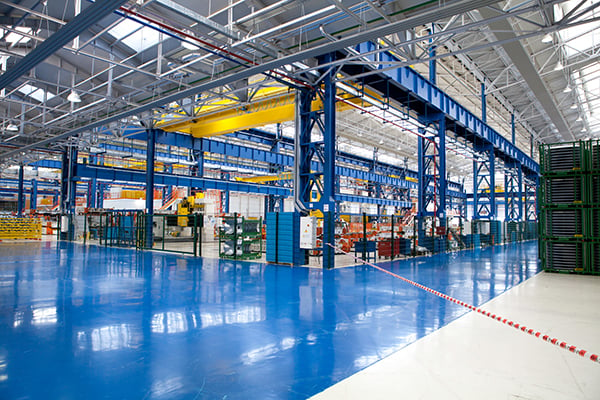 Factory relocation isn’t a simple process. In our detailed guide to the factory relocation process so far, we’ve covered customs and international transfer considerations, site surveys, the importance of method statements and risk assessments, and the challenges of packing and transporting high-tech machinery.

Now, we’re focusing on machinery deinstallation. IES’ Specialist Engineer, Brian Fletcher, has 47 years’ experience as a specialist engineer and a 20-year stint with IES (ten as a sub-contractor, ten as a member of the team). In short, he knows his stuff. With his vast knowledge of over 300 different machines, his claim to fame is that he completed IES’ first ever deinstallation - and he’s now the man who’s called upon when certain issues are proving tricky to resolve.

We sat down with him to discuss his thoughts on the deinstallation process, the things that can go wrong, and how IES make sure it’s done right.

It all begins with understanding...

Deinstalling and reinstalling an entire factory is no mean feat. In a small manufacturing facility making silicon chips, for example, there will often be around 450 different machines - all ranging in complexity, purpose and size.

For Brian, the priority at the start of deinstallation is to gain a thorough understanding of what he's working with. "You have to be able to understand those tools before you power them down - before you start to disconnect them", he says. "Because you've probably got to then put them back somewhere else."

He describes it as creating a "fingerprint" of each machine: establishing its characteristics, the quality of its vacuum, the accuracy of the temperatures in its heater...essentially, all the qualities of the machine that will enable the team to replicate the same fingerprint when it is reinstalled.

While that’s what we’d do in an ideal world, it’s not always possible. Brian adds, “I’ve had many a case where I’ve gone to a machine to deinstall it and the power has already been removed. When it’s come to the reinstallation, I’ve then discovered that it was broken before it was deinstalled, so we’ve had to fix it before we can actually get it operational”.

It may sound labour-intensive, but this part of the process is vital for a smooth move. Not only does it ensure that deinstallation is done in the right way, but it helps the reinstallation team at the other end - and can weed out any potential problems from the start.

Not always a straightforward process...

Brian recalls a job that IES took on in France ten years ago. “The machine had all been powered down, and the client certified that it was clean. It wasn’t clean at all - it was still full of acid”.

This misinformation meant that IES had to simply walk away from the job. “You can’t do anything about it”, Brian says, “It’s a completely different beast. The presence of acid means that a hazmat suit, full breathing apparatus and the right cleaning materials are needed”.

In the end, Brian and a colleague went back to fully decontaminate the machine several months later, which he describes as “a nightmare of a job”. The machine itself had been decommissioned several years previously, but parts had been removed to repair sister machines on the same site. And to decontaminate and deinstall a machine, it has to be functioning as it should.

The actual deinstallation process, says Brian, is pretty straightforward if the machine is still in its original form. Gas lines are pumped out (or vented off, purged and disconnected if it’s not a vacuum system). Each gas line is sealed and capped to keep them free of dust and dirt. In a vacuum system, the chamber is left under vacuum to keep it as clean as possible.

Some machines are modular and break down into six or seven pieces, while some are just one single part. “These single part machines are a piece of cake, usually”, says Brian. “It’s just a matter of disconnecting the external services and securing the system, and off you go”.

But in a modular machine, every single module must be disconnected: all the services must be removed and, if it’s a robot, it must be secured to stop it floating around in transportation and becoming badly damaged once the power is removed.

A machine’s age can also cause problems for deinstallation, explains Brian. “When a machine is bought new, it includes a caging kit: a series of brackets and bolts to secure the robot or any moving parts in the machine. But over time - say the machine is 20-years old when you decommission it - all those parts are likely to be lost. So you have to fabricate or make up bits and pieces to secure various parts. You can have a working robot, but if you don’t secure it, it’s junk by the time it gets to the other end”.

Age can also impact on cabling. Brian highlights one job in France not long ago where the deinstallation and reinstallation included the best part of 500 electrical cables, with each cable 100 metres long.

When machines are new, cabling isn’t such a problem. As Brian says, “Every cable has a label on it when it’s new: it has a designated position, it has a designated number, you can easily find where that cable came from”. But 20-year old cables? The labels will most likely have worn off or will be unreadable. “In this situation,” says Brian, “if you start disconnecting cables willy-nilly it’s a nightmare to try and put it back together. So here, you’d label every single cable”.

As Brian’s examples show, machinery deinstallation for a factory move isn’t as simple as turning off the power, loading equipment onto a truck, boat or plane and switching the power back on at the other end. And there are other misconceptions that can make the process more challenging, too.

One of the major misconceptions, says Brian, is clients thinking that a gentle clean, rather than a full decontamination, will suffice. “I’ve seen machines that I’ve been told have been cleaned”, he says. “I look inside and it’s reasonably clean but it’s not fully decontaminated. It’ll then sit in a warehouse for a year before someone reinstalls it, and by that time it’s been contaminated - it’s rusted away - and it’s a piece of junk”.

He uses hydrochloric acid as an example. “Hydrochloric acid reacts with moisture, so if you get some moisture with it, it corrodes everything: stainless steel, everything. So you have to make sure you clean every tiny part off before you can move on”.

The same goes for semiconductors that use either phosphorous or arsenic - two incredibly hazardous materials. “The only way you get a machine clean after you’ve used those materials is elbow grease”, says Brian. “Basically, you scrub them with Scotch-Brite for hours and hours, while wearing full face masks. Often you’ll find that clients have only done a partial clean rather than a full decontamination”. And here, more often than not, IES will add this decontamination to the project, as the client may not be aware of how to do it themselves.

All this before a machine has been moved even an inch from its original position. And when it comes to the move, there are more challenges that could arise…

A manufacturing facility will often change and evolve over the years: a single building may end up with extra space tacked on to accommodate the business’ growth. And that’s all very well - until the time comes to relocate.

“Sometimes you’ll look at a machine and think, alright, how are we going to get this out of the building?” says Brian. “It may be that the door where it originally came in is now a new building.”

What seemed like a simple process at first becomes far more difficult when a machine is too large to get through the doors. “I’ve been to a few where we’ve had to crane it through the roof”, adds Brian. “There have also been times when we’ve had to decommission a machine into a smaller state than intended - breaking it down into much smaller bits, which really adds to the complication”.

Removing parts from machines that weren’t designed to be removed, purely to fit it through a doorway or out of a facility, is not ideal. And at IES, we’ve experienced a fair few jobs like this over the years: jobs which highlight the importance of accurate planning.

The importance of site surveys

Full, comprehensive site surveys are vital in every single job we complete: they help us to understand the layout of both the old and new sites, the specifications of the machines, and any factors - like slopes or narrow doorways - that will impact on the job.

"Sometimes", says Brian, "you have to rely on what the customer has told you. If it's a factory 1,000 miles away, that cost can't be taken up by the contract: you rely on the client to give you the weights, sizes and measurements. Then you get there and you find that it's completely wrong, which can impact on the whole job".

While these measurements should never be wrong, Brian understands how mistakes at the client end can happen. "Sometimes you'll look at the specification of the machine and it gives a certain measurement, but in reality, it's been modified so it's bigger than the spec says. It doesn't happen very often, but it does happen."

Machinery deinstallation is a mammoth task - one whose size, complexity and planning is often underestimated by clients. Site surveys prior to the move, a good knowledge of the machines involved and accurate knowledge of their level of cleanliness, contamination, age and modifications are a must for a smooth process - and that’s exactly what we at IES are known for.

Thanks so much to Brian Fletcher for taking the time to talk to us. To find out more about the IES approach to factory relocation, click here. 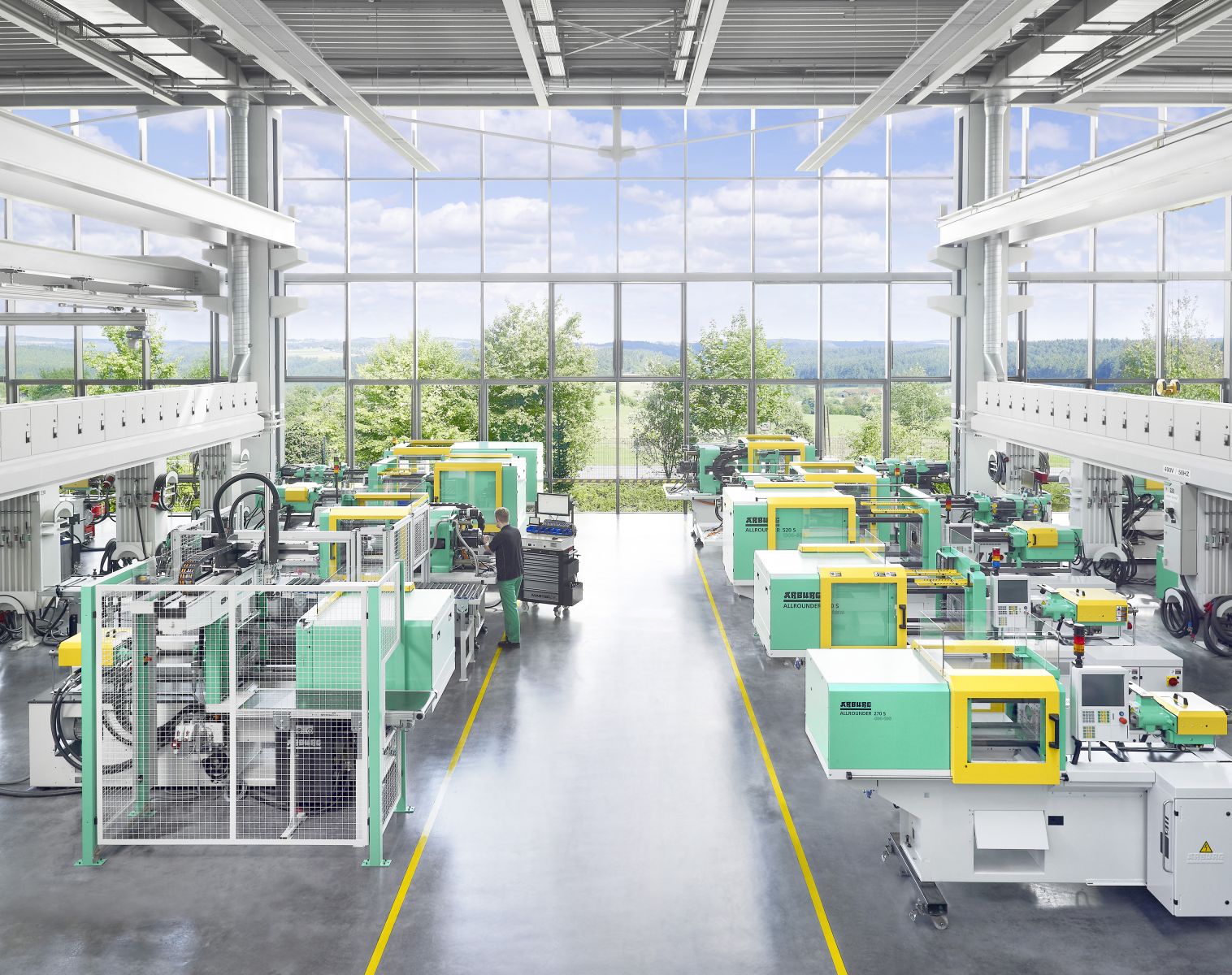 How to Carry Out a Full Site Survey For a Factory Relocation
Here, we’ll explore the individual elements of an initial factory site survey prior to relocation, underlining not only why they are each so important, but what the survey itself will look like so you are adequately prepared for the kind of intricate details your relocation contractors might require. 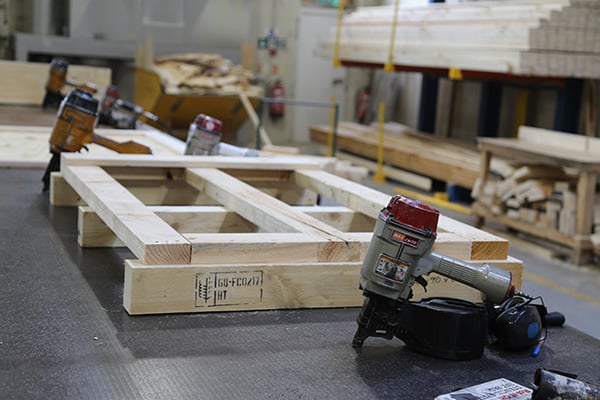 An Expert Guide To Packing and Transporting High Tech Machinery In Factory Relocations
IES share unique insight into what constitutes best practice when packing factory equipment for transport and shipping.