The Power of Apprenticeships 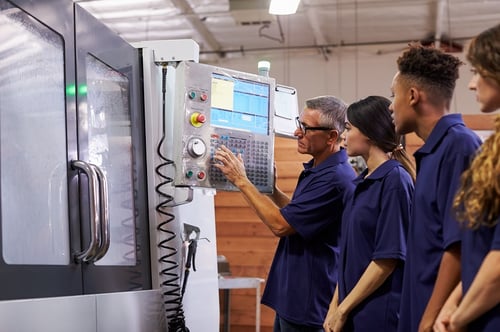 School leavers are often inundated with options for their future. Should they choose higher education or employment? But there’s a middle ground – apprenticeships.

Apprenticeship schemes give young people the opportunity to develop highly sought after skills, gain practical experience, and earn money while they learn. And they benefit both individuals and organisations.

As the demand for engineers grows, investing in apprenticeship schemes gives businesses the opportunity to train young people who will then possess the necessary skills to progress within the company.

The UK government’s commitment to creating 3 million apprentices by 2020 was hit hard over the last few years, with a 26 per cent drop in the number of apprenticeship starts between 2015/16 and 2017/18. Some believe this fall is due to confusion over the government’s apprenticeship levy (a tax on employers with a wage bill over £3m) – meaning that the government is unlikely to reach this lofty goal by next year. More recently, though, the numbers of young people taking up vocational schemes have started to rise again – so demand is evident.

So, let’s take a closer look at apprenticeships. Where and how did they begin, and why are they so vital to the engineering industry today? Plus, what types of opportunities are there for young people at IES?

A quick history of apprenticeships

The concept of apprenticeships began in ancient Egypt and Babylon, where training individuals in craft skills was seen as the best method for maintaining numbers of craftsmen. By the 13th century, the practice had reached England and was used exclusively by craft guilds.

The first time that the government intervened in this set-up was 1563. The statute decreed that it was illegal for anyone to “exercise any art, mystery or occupation now used or occupied within the realm of England and Wales except he shall have been brought up therein seven years at the least as an apprentice”.

By 1814, the popularity of apprenticeships had decreased, and the act was abolished due to poor conditions in factories and exploitation of young people. Although numbers decreased, apprenticeships in practical trades remained popular, and by the early twentieth century there were approximately 340,000 apprentices each year.

The mid 1960s saw the zenith of apprenticeship in Britain, with around 35 per cent of male school leavers between the ages of 15 and 17 embarking upon an apprenticeship. In order to maintain these figures and avoid future skill shortages, the UK Industry Training Boards were launched in 1964. 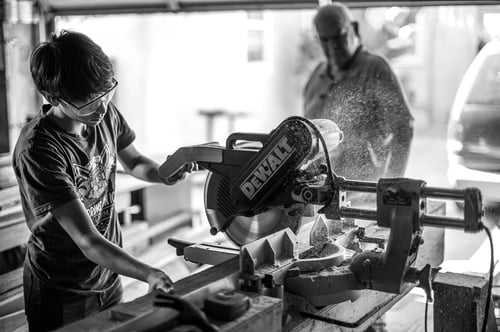 However, the cost of apprenticeships, changes in industry and a decline in traditional trade jobs meant that by 1990, the number of apprentices had dropped to just 53,000 per year - more than 80% compared to 90 years earlier. It was this dramatic decline which led to the introduction of Modern Apprenticeships, launched in 1993 to encourage vocational training.

The Modern Apprenticeships (MA) programme was in full swing by 1995, and just three years later, almost 250,000 people in England and Wales had enrolled in an MA. The 2000s saw further changes to schemes, including dropping the word ‘modern’, and the launch of the National Apprenticeship Service.

The opportunities in engineering

It’s predicted that by 2022 engineers will generate £27 billion a year for the UK – if demand is met. In order to meet this projected demand, the number of engineering graduates and engineering apprenticeships needs to double. Currently, the shortfall of engineers with the requisite skills is estimated to be at least 83,000, and potentially up to 110,000.

“Apprentices play an absolutely huge part in the engineering industry,” says Barry Tomkins – an experienced engineer who mentors everyone who takes part in an apprenticeship at IES.

“I have some quite strong feelings on it,” he jokes. “I was a time-served apprentice myself.”

Barry points out that while over the last few years there may have been “a reluctance for young people to get involved” in apprenticeships, choosing this route can help young people prepare for the working world without taking the financial hit associated with university. Apprenticeships usually only require two or more GCSE grades (A-C) and cost the individual nothing.

“My apprenticeship taught me all the core engineering requirements that I use all of the time – even today at this point in my career. And even though I’m 61, there’s always something new that I’m learning.”

“An electrical apprentice needs to tick boxes ranging from completing qualified structural circuit drawings to the other end of the spectrum, which might be a fully tested and finished product,” Barry explains. “Then there’s everything else in between, which might even be finding the right supplier, making sure all the parts are ordered and checking the parts in when they arrive, assembly, testing and providing documentation for said testing.”

A new BEMA – British Engineering and Manufacturing Apprentice – is joining us soon after spending three introductory months at the BEMA college in Yate.

“For a mechanical apprentice the skills they have to learn and prove is completely different,” Barry says.

“We have no capability at IES to manufacture machine components so we send them to the specialist college. I went to take a look around with one of the managers the other day and – I have to say – I was very impressed with the setup and the training programme that they’re running.”

Once they arrive at IES, a mechanical engineering apprentice will get the opportunity to go to a customer site and learn how to move complex machines – potentially to another site in a different part of the country or even elsewhere in the world!

The opportunity for international travel should definitely appeal to young people, says Barry.

“At the end of their apprenticeship they will be offered a role at IES should they wish to take it,” he adds. “Obviously that’s a big plus – a permanent job.”

Ultimately, Barry believes that apprenticeships are the right way to go to learn the practical skills needed for a challenging and fulfilling career in engineering.

“When you turn out of your apprenticeship, the world’s your oyster.”

If you’d like to find out more about our current apprenticeship opportunities, get in touch via careers@ies.co.uk. 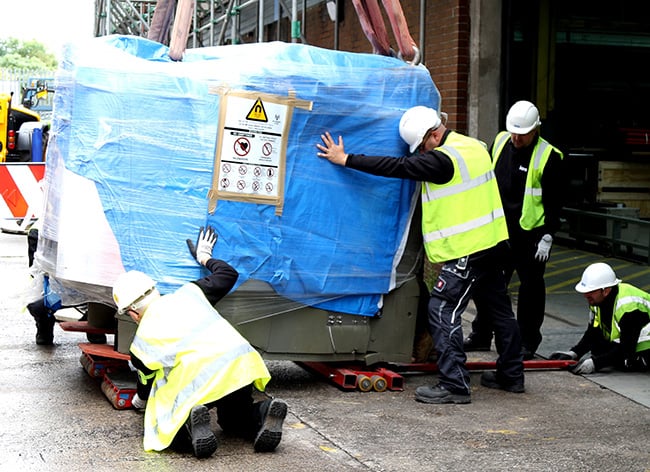 Cross-Training and Beyond - How IES Builds Employee Experience
At IES we help our team broaden and develop their skills so they can carry out a variety of functions rather than just being focused on one narrow skillset.

Our Values
IES are committed to consistently surpassing customer expectations, with a service ethic based on mutual understanding, teamwork and respect. Read more about Our Values here

Job Vacancies
Read about the latest opportunities at IES