The University of Bristol, a prestigious Russel Group University, ranked amongst the top 100 Universities in the world for 2022, offers more than 600 undergraduate and postgraduate degrees.

A team of 20 researchers from the university will be collaborating with teams from Japan, the United States and Germany to lead the growth of next-generation zero carbon emission technologies. In order to do so they will be using a new Metal Organic Chemical Vapour Deposition (MOCVD) machine, capable of growing the next generation semiconductor Gallium Oxide.

The University of Bristol called upon IES’s Equipment Move and CE Marking & Consulting services for the assessment of UK Conformity Assessed (UKCA) compliance of their Agnitron MOCVD reactor, the first of its kind in UK.

The Agnitron MOCVD reactor was purchased by the university for the Physics building, in part funded via the Chair for Emerging Technologies awarded to Professor Kuball by the Royal Academy of Engineering. It is intended to be used for the research and development into semiconductors for smaller yet more efficient power devices including for smart grids for reliable and more sustainable power distribution networks feeding energy into our homes and to industry, with less energy losses, also for improved electric vehicle charger and electrical transportation in general.

With semiconductor devices being increasingly efficient the smaller they are, such devices developed by the university would have the capability to help with national grid power losses by potentially saving up to 20% once this technology has been adopted.

The process starts with IES

The IES engineers were called upon to take delivery of the Agnitron MOCVD reactor and store it for up to four weeks. IES then delivered the reactor from their warehouse to the University of Bristol.

To complete the offload, un-crating and move-in of the reactor, IES supplied a three-man team, one supervisor and two engineers. The team used a three-tonne forklift to offload the equipment into the designated loading areas to then be unpacked. Before any moving could take place the IES Site Supervisor was required to walk the work area and equipment route in order to identify whether any doors required removing. Once the route was clear of any obstructions and the equipment had been unpacked it was then moved using skoots through the access route and into the lift up to the first floor of the physics building. The IES engineers took great care when moving the high technology equipment, only operating at a controlled, steady, walking pace before being positioned into the lab in the Physics building.

The IES engineers pride themselves on leaving the move site as clean and tidy as when they arrived. After the reactor had been successfully moved into the Physics building the IES team stacked the waste crate materials neatly in the agreed location with the customer for the correct disposal. Ensuring that the equipment was up to the required standard

Once the equipment had been shipped and moved by the IES engineers it was ready to begin the testing stage of the project. IES then brought in two of their UKCA / CE marking consultants to complete the UKCA testing against the European standards required to enable the customer to affix the UKCA mark.

The entire on-site UKCA / CE Testing process only took IES’s consultant two days to complete, with several additional days spent off-site to complete paperwork and manual checks. Once on site they began conducting EMC Tests following the 2014/30/EU and Supply of Machinery (Safety) Regulations 2008 as well as the Machinery Directive 2006/42/EC. These UK and EU regulations require products to generate no harmful emissions and be immune to electromagnetic disturbances. It was also required that the IES consultants perform immunity testing where permitted.

Download our free CE Marking Guide for our practical steps on how you can get UKCA / CE Compliance for your products and equipment.

The consultants then performed machinery directive assessments. Completing the evaluation for the UK Electrical Equipment Regulations 2016 / EU Low voltage directive in accordance with 2014/35/EU and the evaluation for the UK Supply of Machinery Regulations 2008/ EU Machinery Directive. With all the testing now complete, IES’s consultants prepared the reports required to allow the University of Bristol to self-certify for compliance.

Testing must be completed before any piece of equipment can be put into service. Following the adequate testing from IES, the Agnitron MOCVD reactor passed and proved to be compliant with European standards. This meant that the University of Bristol was able to begin operating the new high-technology equipment as soon as the final reports had come in.

Martin Wood, UKCA / CE Marking Consultant at IES, said: “In order to fulfill safety and EMC regulations of the equipment installation project, it was important that IES completed the UKCA marking of the Agnitron MOCVD reactor.

“It was a pleasure working with the University of Bristol, although this was our first UKCA / CE Marking project for them despite their long-standing relationship with IES. With Covid-19 regulations still being very tight when we completed this project, the University made the IES team feel respected and safe with lateral flow tests required prior to entering the site and face masks having to be worn whilst we were completing our roles.”

When completing the UKCA / CE Marking of any equipment, the testing processes always remain the same. However, each piece of equipment operates differently and brings with it its own set of hazards. For the MOCVD reactor it offered its own individual hazards which thanks to the consultants 30+ years of experience between them, were able to predict and prepare for accordingly.

One typical hazard often faced by our consultants when completing the UKCA / CE Marking of any equipment is the equipment’s moving parts and gasses, this was also the case with the MOCVD Reactor. However, one hazard that was specific to this project was the coil used within the reactor which emitted a great deal of heat with a lot of current running through it.

No equipment move and UKCA / CE marking comes without challenges, due to the equipment coming from America it would have faced different localised rules and regulations that European equipment would not. For example, there were differences in the cable colours and voltage measurements that needed addressing. The high technology equipment was also verified by IES’s UKCA / CE marking consultants to operate from a 400V three-phase supply.

Furthering education thanks to IES

The Agnitron MOCVD reactor will be used to investigate Ga2O3 growth and its alloys with Aluminium on bulk Ga2O3 and sapphire substrates, doping and heterostructures as well as growth onto high thermal conductivity substrates. The University will also be using the newly installed equipment to develop new material structures for next generation semiconductor power devices.

If you’re looking for full support for semiconductor tools then visit our website to request a free quote.

Professor Martin Kuball of the Centre for Device Thermography and Reliability at the University of Bristol said: “We have worked with IES previously on a number of projects, but this was the first time we used their UKCA / CE Marking services, it is always a pleasure working with IES and their engineers.”

Thanks to the work from the IES team, the MOCVD reactor can be used by researchers at the university to produce the finished power electronic components. This semiconductor technology will allow power distribution networks to drastically reduce their levels of wasted energy.

Amidst the ongoing climate crisis with countries around the world putting in motions to become increasingly sustainable this technology developed from the University of Bristol is more important than ever. Currently, 72% of global primary energy consumption is wasted.

Do you need UKCA / CE Marking? 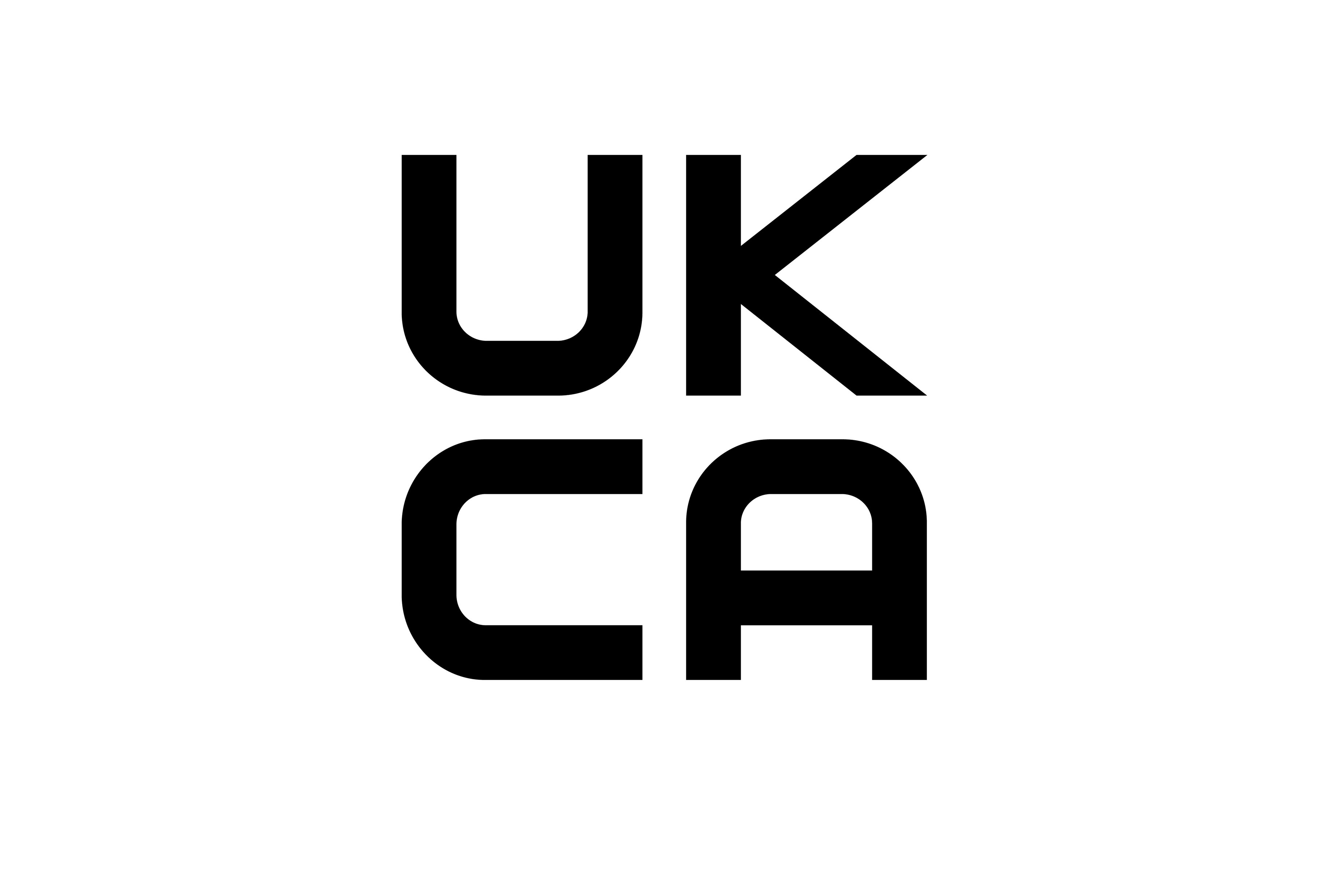 UKCA Marking & Consultative Services
UK Conformity Assessed (UKCA) marking applies to products, production tools and equipment which is supplied or sold in Great Britain. Find out how we can help you to achieve compliance. 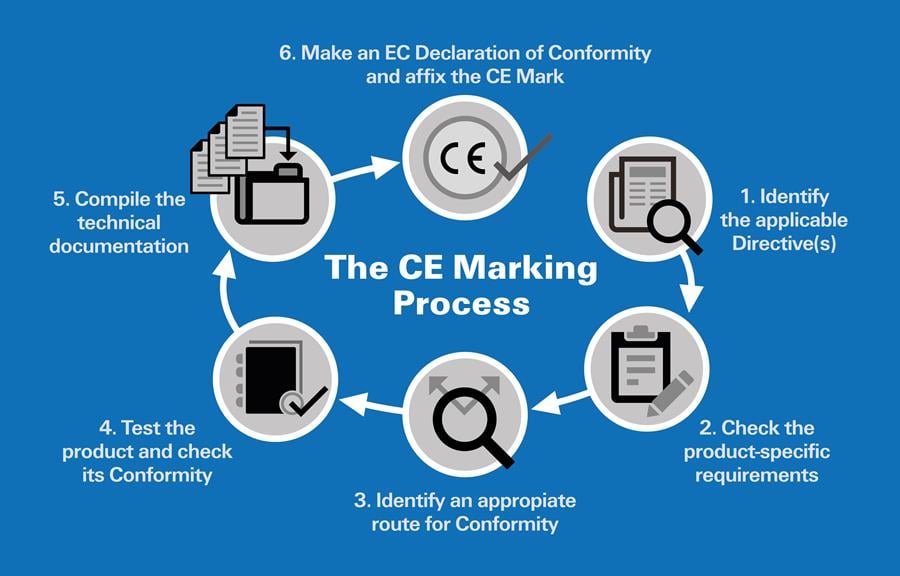 6 Simple Steps to CE Marking
A large number of importers and manufacturers do not fully understand the application of, or the implications behind, CE Marking legislation as it is increasingly being implemented. View our very own easy to understand guide to CE Marking here.

Covid-safe CE Marking services from IES
IES specialises in consultative on-site CE marking, and is able to easily provide a Covid-safe service with just a few tweaks to our usual process.