It’s not unusual for a group of co-workers to meet after work to exercise or play football, and it’s usually done without much involvement from their company’s management, unless, maybe, as participants, but what’s happening at IES is rather different. It’s taking fitness, and more particularly well-being to a new level, and what’s making it different is involvement, the company is very much involved and isn’t just encouraging all the staff to get involved but is sponsoring the equipment being used.

The equipment is this case is a Fitbit, a wristband that can measure and report back almost every element of your life, from sleeping patterns to calories consumed, steps taken to weight lost…

And then compare the statistics with others wearing a similar Fitbit wristband, which is where the fun really begins! Those participating in the IES Fitbit challenge have agreed to measure the total number of steps each completes and the total number of calories burned between Monday and Sunday.

What’s the point? Well, it’s fun for a start, and it gives participants something to rib each other about, but there’s more to it than this. It’s said that a healthy body leads to a healthy mind, and there’s no doubt that a fitter workforce will do a better job, and that in introducing and supporting an initiative like this the company is validating its Corporate Social Responsibility mandate…but then there’s more to it than this too. To some degree most people thrive on healthy competition, and the Fitbit challenge is certainly providing that. The additional shared interest is helping to make employees think of each other more in terms of “team” rather than “co-workers”, keeping us motivated and engaged and creating a healthy competition and work environment.

It’s a personal challenge too, with each participant able to set themselves goals for the week or month ahead…goals that can be shared, or not. And best of all, there’s a monthly winner!  It’s really a lot of fun. If you’d like to find out more, let us know! 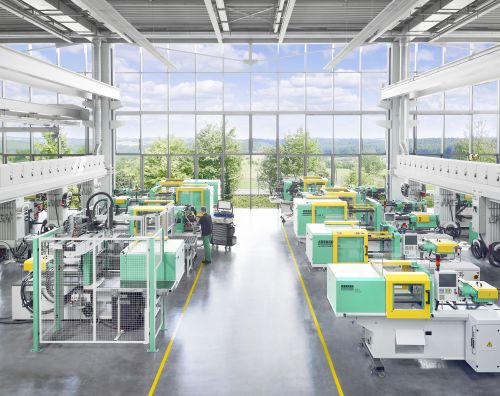 There are many reasons why businesses might want to relocate a factory.