10 Iconic Machines From the Last 100 Years

Humans have come a long way in the past 100 years. As we sit on the brink of Industry 4.0, we thought it would be a good time to take a look back at the machine inventions that helped us get to where we are today. Here are our top 10 surprisingly iconic machines from the past century.

Toast is a big deal. Since the Romans pinched the idea from the ancient Egyptians in 500BC, all over the world, people have enjoyed toasted bread - some like it golden, others like it brown, but nobody likes it burnt - which is why the invention of the automatic toaster in 1919 was such a culinary gamechanger.

The man we can (posthumously) thank for this greatest of modern day inventions was a mechanic named Charles Strite. Charles Strite’s ‘Toastmaster’ went on sale in 1926 but it wasn’t until 1979, when GEC’s Robert J. Salem patented a temperature sensor, that the modern toaster was truly born.

Now, of course, toasters do a lot more than just toast bread. Smart toasters mean you can toast everything from English muffins to frozen pastries, setting different temperatures for different items at the same time. Some dual toaster/oven models even allow you to bake a cake while you wait for your toast to pop.

In 1969, NASA put a man on the moon - with less computer power than you have in your iPhone. Smartphones may be as ubiquitous as televisions these days, but 13 years ago they sounded like the stuff of science fiction.

Although mobiles were in full swing by the late 90s, you couldn’t do much more than text, make calls, play basic games (sorry Snake)  and - if you had a really fancy phone - take some blurry photos.

Apple changed all that overnight in 2007, with the release of their first iPhone, complete with touch screen, web browser, MP3 player, camera and apps. Apart from being a revolutionary product which changed so many aspects of our lives, the iPhone spawned an entire industry, paving the way for electronics companies around the globe to create their own versions of this small but mighty machine.

Invented by Frank Whittle in 1941, the jet engine solved a problem that had mystified engineers for years: how could you make a chamber strong enough to hold an engine that would create such vast amounts of heat and directed thrust?

Whittle’s solution was to have ten combustion chambers rather than just one. This maintained the power of the engine while reducing volatility and the potential for explosion. 17 years after Whittle’s invention, the Boeing 707 entered service, allowing people to travel in a way they’d never have imagined possible.

The biggest feat of the jet engine was that it democratised travel. For the first time ever, ordinary people could trade in Margate for Majorca and have the types of holidays they’d only ever dreamed of. This demand had the knock-on effect of transforming sleepy towns and fishing villages across Europe into thriving tourist economies. And it changed life in the UK too; as people travelled, they brought back new foods, ideas and cultures.

With its impact on economies, cultures and landscapes, the invention of the jet engine heralded the dawn of a more global, connected world.

Invented by John Logie Baird, the first screening of the television took place in London, in 1926. The machine was cobbled together using bicycle lamps, biscuit tins and an old hat box. Unsurprisingly, this mechanical TV wasn’t exactly HD in terms of picture quality. However, a few years later, Vladimir Zworykin used a cathode ray tube to create the first electrical TV which yielded much clearer images, and the rest, as they say, is history.

Queen Elizabeth’s coronation – watched by 27 million viewers in the UK and millions more globally – is said to have kicked-started our true love of television. Since then, this box in the corner of our living rooms has opened up the world, and beyond. For the first time ever, people could engage with and witness events - like the moon landing - in real time, no matter where they were.

Of all the great inventions we take for granted, the lithium battery tops the list. Without this invention you wouldn’t be able to read this right now on your device - there would be no Samsung, no Apple, no Tesla.

In 1980, John Bannister Goodenough created the heart of the lithium ion battery, the cobalt-oxide cathode. This cathode can be found in almost every single portable device in the world. From life-saving medical equipment and surveillance systems to computers and mobile phones, the lithium ion battery powers them all.

Unlike its clunkier cousin, the transistor, the lithium battery has not won a Nobel Prize - an astounding fact when you consider the social and economic impact this invention has had on the world. Regardless of age, wealth, race or religion, almost every single person on this planet has benefited from this truly iconic invention.

The concept of a satellite was first pioneered by Arthur C. Clarke and Vahid K. Sanadi in a 1945 article for Wireless World. But it wasn’t until 1958 that NASA unveiled the first satellite purpose-built to relay communications. Named Project Score, it was used to send a Christmas message to the world from President Eisenhower.

Today there are over 2000 telecommunications satellites orbiting Earth, relaying signals which carry telephone calls, radio and TV broadcasts and data.They act as mirrors which reflect signals, so unlike wired phones or mobiles, satellites give us the ability to communicate seamlessly while having total geographic freedom. With a satellite phone the sky is truly the limit: you can make a phone call from the depths of the Amazon Rainforest or the top of K2.

In 1941, John Hopps, a Canadian biomedical engineer, was researching the effects of radio frequency heating on hypothermia when he stumbled upon something that would transform the field of medicine and save millions of lives. His eureka moment came when he discovered that a stopped heart could be restarted using electrical or mechanical stimulation.

In 1949, Hopps created the first heart defibrillation machine which he successfully used to restart a dog’s heart. A year later, he invented the first pacemaker - although it was too big to be fitted internally. In 1958, the American engineer, Wilson Greatbatch, invented a heart pacemaker small enough to be implanted, along with pacemaker batteries.

By the mid 1980s, fitting cardiac pacemakers had become a routine medical procedure, saving thousands of lives - including that of the man who started it all. In 1984, John Hopps had a pacemaker fitted to regulate his own heart. Said pacemaker was replaced 13 years later.

Although Alexander Graham Bell was awarded the first successful patent for the telephone in 1876, he wasn’t the only inventor of the telephone... Antonio Meucci and Elisha Gray are both thought to have beaten him to it by a number of years, but Bell was the first one to register the invention at the patent office.

Whoever gets the credit, the impact of the telephone was seismic. It was the very first means of quick, easy communication which ultimately led to the world becoming more productive and efficient.

Shortly after it was invented, corporations began to use it as a means of communication between specific locations, using direct lines. By the early 1900s, telephones were used more frequently both for business and personal use, and by 1915, people could make international calls - a game changer for everything from business to politics to warfare.

The technological equivalent of a brain, the microprocessor is the nerve centre of a computer; its job is to process instructions, perform tasks and store information.

The very first one, the 4004, was conceived by Ted Hoffy and Stanley Mazor in 1971. Until then, computers were slow, huge and unwieldy. This was mainly due to the fact that they used a CPU (central processing unit) which consisted of thousands (around 2300) of separate transistors. The 4004 squeezed all these components onto a single 16-pin silicon chip and, in doing so, changed the world forever.

This 4004 was originally designed for use in a calculator but it was so inherently programmable, it ended up being used in blood analysers, traffic light controllers and even the NASA Pioneer 10 deep space probe. Three years later, Intel and Motorola came up with the 8-bit chip, marking a new era of smaller, faster and more powerful computing.

The impact of the microprocessor can’t be overstated - it was the beginning of the exponential growth of technology, leading to the invention of the first PC by IBM in 1981. By 2001, the speed of microprocessing had increased more than 18,500 times (from 0.108MHz to 2GHz) - and it’s still going. According to Moore’s Law, transistor counts and processing speeds double every 1.5 to 2 years.

And the most iconic machine from the past 100 years is… the computer, of course. Although there have been numerous iterations spanning the last two centuries, the first programmable computer is believed to have been invented by Konrad Zuse in 1936.

Construction began on the first digital computer, ENIAC, in 1943 and was completed in 1946. Using 18,000 vacuum tubes and occupying 1,800 square feet, the ENIAC was a behemoth, weighing in at almost 50 tons.

Now, of course, computers are everywhere - and thankfully, they’re much smaller. Our smartphones and tablets are powered by computer technology and our laptops can fit in a handbag, and the internet means we can be connected in all places, at all times.

Computers have changed the world more than any other machine invention of the past 100 years. Initially designed to help us calculate numbers, now they store and process huge amounts of data and allow us to communicate seamlessly with one another. But, to quote Bachman-Turner Overdrive: ‘You ain’t seen nothing yet’.

With Google, Apple and Microsoft investing heavily in quantum computing, we could be on the precipice of a technological revolution. Quantum computers are predicted to disrupt everything from traffic control and Artificial Intelligence to drug development and online security.

So there you have it, our top 10 iconic machines from the past 100 years. Although they’re all different, there is an overriding theme. The machines which have made the greatest impact are the ones which make the world a smaller place by connecting us to each other. They all reflect our curiosity, our desire to make the world a better place, and ultimately, our humanity.

What makes a machine iconic? Do you have a favourite? Let us know on Twitter @IES_Bristol. 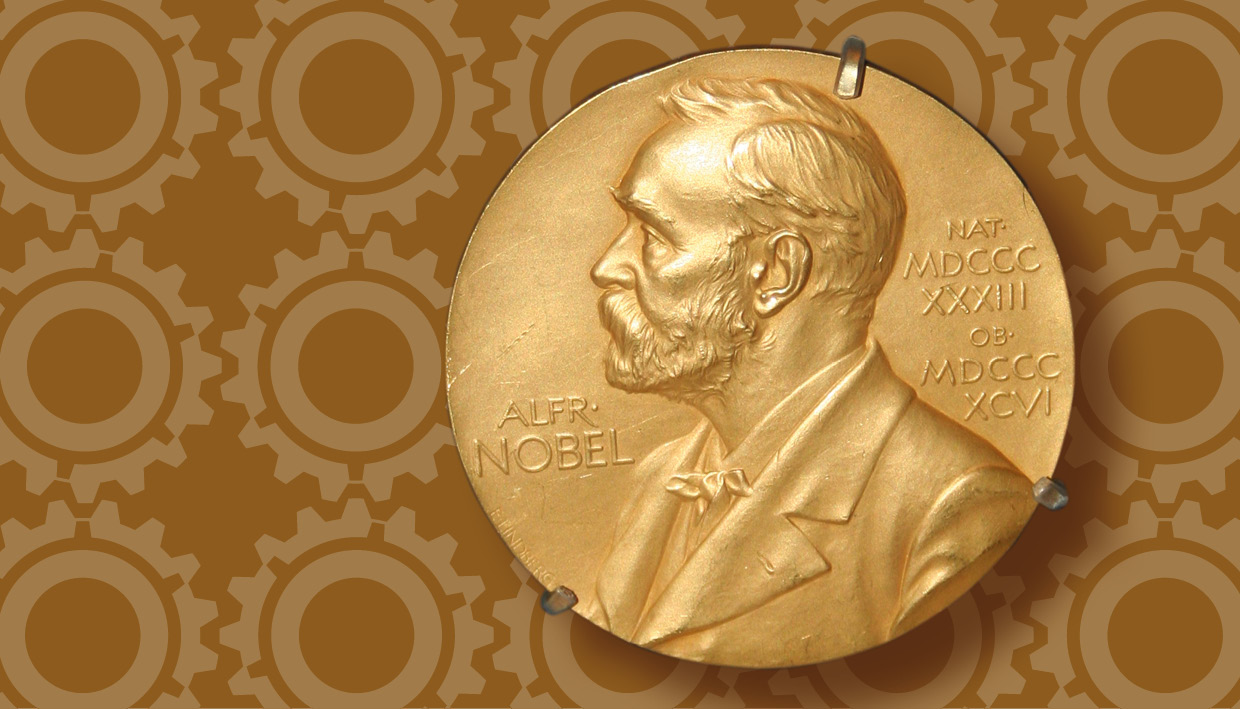 Four Remarkable Nobel Prize Winning Engineers
As one of the six main categories, the Nobel Prize for Physics has been awarded to some truly fascinating engineers over the years, and here we take a look at some of them. 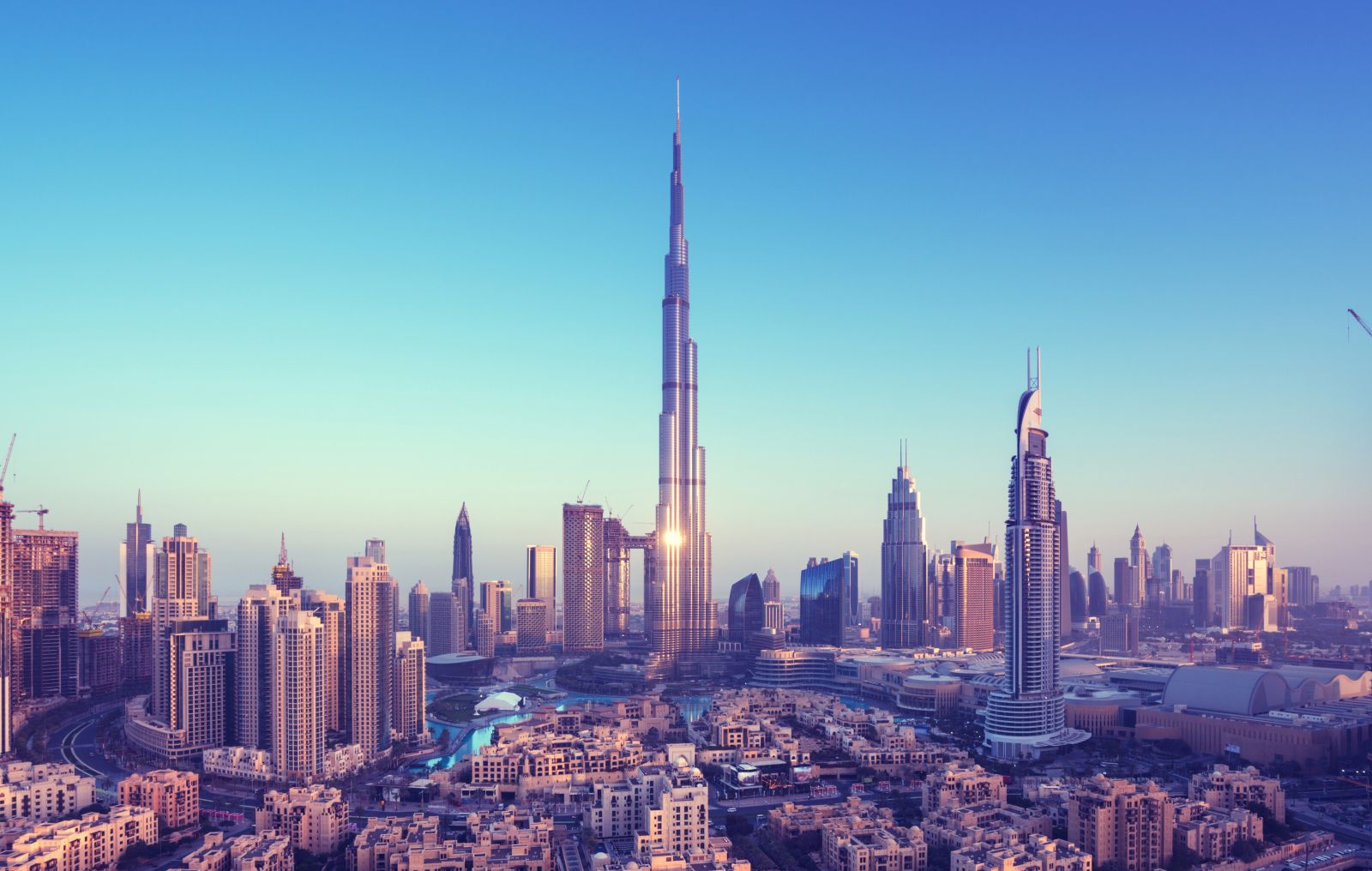 Five Incredible Engineering Achievements of the 21st Century
From civil engineering to electrical engineering; we are still making important discoveries, and broadening the horizon of what we previously thought was possible. In this blog, we take a look at five amazing recent achievements in the engineering world.